From Whence We Came

My past has come to me in snippets and phrases recently in a way I have never known it before. Not the past of my own lifetime, but the past of those who came before me. Great-grandparents I never considered before suddenly seen in tinted black and white photos, great-great-grandparents revealed through obituaries or obscure signatures on censuses from centuries past. 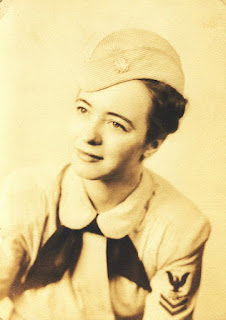 If I’m honest, I have rarely given my ancestors much thought, other than to be grateful for their decisions which led to my existence. Occasionally I’ll be on the boat with hubby or shopping for a new pair of shoes, and I wonder what my depression-era great-grandparents would think of me and my lifestyle, so vastly different that their own. Would it be with pride for my accomplishments, or with censure for the frivolousness?

But recently, my sister and my aunt have begun sharing the fruits of their family-tree-building labors, and all of the sudden, the past is becoming real. My father’s mother, sporting a pageboy and giggling beside her sister . . . perched atop a huge motorcycle, adventure and challenge lighting her eyes . . . posing confidently in a daring bikini, her smile lighting her whole face. My father’s father, standing tall beside a plane, his lean frame hearty and hail . . . in his military uniform, straight-backed and full of pride . . . 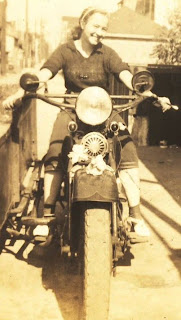 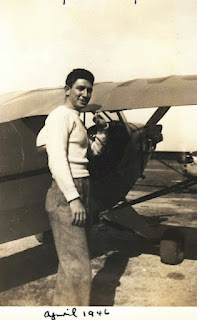 And for the first time ever, I saw a photo of my paternal grandfather’s father. He looked oddly kind in the picture, unusual for the stoic photos of the era. He looked like the sort of man who would welcome his wife’s interruption of his work day, and slip peppermint candies to his grandchildren when their parents weren’t looking.

But the most striking of all of my family tree discoveries were about my great, great-grandmother, Cecelia McCrea Kelly (my mother’s mother’s father’s mother). Memorialized in the obituaries of her local paper in 1934, it was immediately clear that she was something special. She was well-known and well-loved in her community, universally referred to as Mother Kelly. She was “sought for advice in practically all births and illness. These services was (sic) from her kindness and benevolence to her fellowmen, and not for any material gain, which she never accepted.” 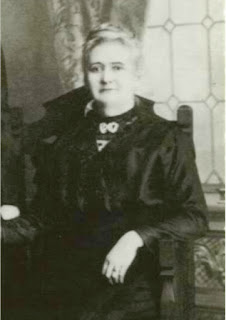 I read and reread the words, awed by the respect and love my ancestor had garnered. She wasn’t royalty, celebrity, or even wealthy—she was merely giving of her time, heart, and talents. The swell of pride I felt at having descended from such a fine woman was palpable, and I was inspired to somehow be sure that she would live on. But what could I do?

The answer came to me as I plotted the Christmas novella that I'm working on. Mother Kelly's gift may have been in healing, but mine is in writing, and as such, I have decided that Miss Cecilia McCrea wasn’t just a hero—she shall be my heroine :-) So keep your eyes out this November when my Christmas novella comes out. I do hope I’ll be able to do Cece justice! And more than anything, I hope that my great, great-grandmother would be pleased by my small gesture, and that she'd know how proud I am to be her great, great-granddaughter!

What are some of the surprising finds you've discovered in your own family tree? Who would you memorialize as your hero or heroine if you had a chance?