Welcome to Name That Title! The game show where YOU get to take part in naming a book!  Today, we are finding the perfect title for the third in the Sealed With a Kiss Series by Erin Knightley.

First, let’s take a look at the first two in the series: 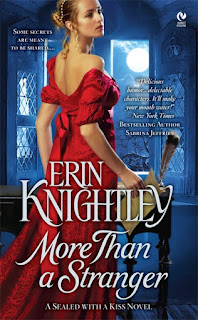 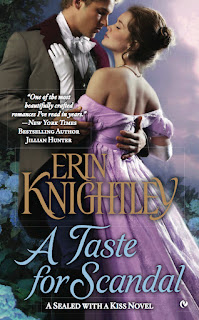 So here's your chance to be part of the fun! We are looking for a title that has a similar look and feel, that best matches Beatrice and Colin's story.  Below is a description of the book:

Lady Beatrice Moore is an accomplished painter, the privileged daughter of a marquis, and a woman with a secret. As a debutant in possession of a sizable dowry, she hates fortune hunters—especially after her friend is duped by one.  She’s bound and determined to teach the unsuspecting ladies of the ton how to recognize the lowlifes who look at an heiress and see only the size of her dowry—and the plan she comes up with will raise more than a few eyebrows.

Six months after his father’s death, aspiring barrister and newly titled baronet, Sir Colin Tate, arrives in town for a memorial exhibit of his father’s most celebrated paintings. But there are more pressing issues on his mind than simply making his entrance into society. With only a short window of time to find a bride before the world knows of his father’s massive business debts, Colin must become what he never imagined he’d be: a fortune hunter.

When Beatrice learns that the son of Britain’s most celebrated painter is in town, she can hardly wait to meet him. His striking looks make her long to put brush to canvas, while his sharp mind and unique, Scottish-tinged accent make him impossible to forget. Colin never expected to find a woman who would pursue him, but that seems to be exactly the case with the lovely and talented Lady Beatrice seeks him out. On the surface, they seem to be the perfect match, but if their respective secrets are discovered, not only could they destroy their perception of each other, but their future prospects as well.

Alright, so here are the titles we have come up with so far. Vote for your favorite or favorites, or add your own in the comments section below.  If yours is chosen, you’ll get a shout out in the Acknowledgements of the book, as well as a personalized advance copy!

Regardless of which title is ultimately chosen, one lucky commenter will receive an advance reader copy of Book 2 – A TASTE FOR SCANDAL! A winner will be decided by the evening of Monday, Sept 24th.  Good luck and THANK YOU!!